This bibliography and videography
informed the development of the Tour

We highly recommend reading the following books in advance as preparation for the trip to Argentina:

It has long been known that Adolf Eichmann, Josef Mengele, Erich Priebke and many other Nazi war criminals found refuge in Argentina. In this book, a courageous Argentinian writer shows exactly how it was done, and reveals that the escapes were organized with the enthusiastic support of President Juan Peron. Even at this late date, when so much is known about the complicity of the Catholic Church and Allied intelligence agencies in the flight of the Nazis, Goni’s material still has the power to shock. The paperback edition of The Real Odessa includes a revised introduction and conclusion, with a new afterword containing material that Uki Goni has recently researched and which focuses on Vatican complicity in providing sanctuary for war criminals. 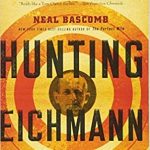 When the Allies stormed Berlin in the last days of the Third Reich, Adolf Eichmann shed his SS uniform and vanished. Following his escape from two American POW camps, his retreat into the mountains and out of Europe, and his path to an anonymous life in Buenos Aires, his pursuers are a bulldog West German prosecutor, a blind Argentinean Jew and his beautiful daughter, and a budding, ragtag spy agency called the Mossad, whose operatives have their own scores to settle (and whose rare surveillance photographs are published here for the first time). The capture of Eichmann and the efforts by Israeli agents to secret him out of Argentina to stand trial is the stunning conclusion to this thrilling historical account, told with the kind of pulse-pounding detail that rivals anything you’d find in great spy fiction. 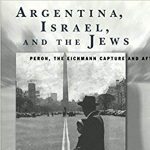 Argentina, Israel and the Jews

Analysis of the relationship between Argentina, its Jewish community and Israel. It includes a detailed treatment of this relationship during the presidency of Juan Peron. Rein challenges successfully the myth of Peron being a Hitler-like figure, anti-Semitic through and through, by bringing documents that show his close ties with significant members and sectors of the Jewish community in Argentina, as well as his excellent relations with the State of Israel. 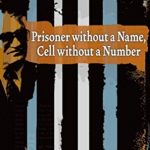 Winner of a 1982 Los Angeles Times Book Prize and selected by the New York Times for “Books of the Century”, this is a scathing testimony by the foremost journalist of Argentina in the 1970´s, of his ordeal in the Argentine jails at the hands of the military junta. Timerman was the owner, editor and publisher of the newspaper La Opinion, which was publishing the names of people as they disappeared. With a new introduction by Ilan Stavans and a new foreword by Arthur Miller. 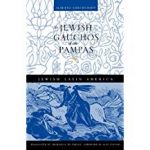 The Jewish Gauchos of the Pampas

Jewish Latin American literature in Spanish begins with The Jewish Gauchos of the Pampas, a series of vignettes about shtetl life in Argentina first published in 1910 and now available for the first time in an English-language paperback edition as the inaugural volume in the new Jewish Latin America series. Praised for its depiction of how two entirely different cultures could coexist in a symbiotic relationship, Jewish Gauchos was written about a decade after Jewish immigration to Argentina began in earnest. The author, a major figure in Argentine literature, was a great influence on Borges. “Alberto Gerchunoff was an indisputable writer. . . [He] handled with equal ease the oral and written languages; in his books one finds the fluidity of the good ‘conversador,’ and his conversation (I can still hear him) is marked by generous and infallible literary precision.”–Jorge Luis Borges 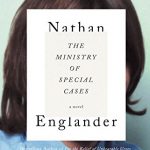 The Ministry of Special Cases

From its unforgettable opening scene in the darkness of a forgotten cemetery in Buenos Aires, the debut novel from the Pulitzer-nominated, bestselling author of For the Relief of Unbearable Urges casts a powerful spell. In the heart of Argentina’s Dirty War, Kaddish Poznan struggles with a son who won’t accept him; strives for a wife who forever saves him; and spends his nights protecting the good name of a community that denies his existence. When the nightmare of the disappeared children brings the Poznan family to its knees, they are thrust into the unyielding corridors of the Ministry of Special Cases, a terrifying, byzantine refuge of last resort. Through the devastation of a single family, Englander brilliantly captures the grief of a nation. 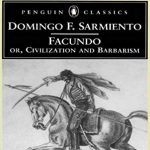 Facundo or, Civilization or Barbarism

Ostensibly a biography of the gaucho barbarian Juan Facundo Quiroga, Facundo is also a complex, passionate work of history, sociology, and political commentary, and Latin America’s most important essay of the nineteenth century. It is a study of the Argentine character, a prescription for the modernization of Latin America, and a protest against the tyranny of the government of Juan Manuel de Rosas (1835–1852). The book brings nineteenth-century Latin American history to life even as it raises questions still being debated today—questions regarding the “civilized” city versus the “barbaric” countryside, the treatment of indigenous and African populations, and the classically liberal plan of modernization. Facundo’s celebrated and frequently anthologized portraits of Quiroga and other colorful characters give readers an exhilarating sense of Argentine culture in the making. For more than seventy years, Penguin has been the leading publisher of classic literature in the English-speaking world. With more than 1,700 titles, Penguin Classics represents a global bookshelf of the best works throughout history and across genres and disciplines. Readers trust the series to provide authoritative texts enhanced by introductions and notes by distinguished scholars and contemporary authors, as well as up-to-date translations by award-winning translators.

It has long been known that Adolf Eichmann, Josef Mengele, Erich Priebke and many other Nazi war criminals found refuge in Argentina. In this book, a courageous Argentinian writer shows exactly how it was done, and reveals that the escapes were organized with the enthusiastic support of President Juan Peron. Even at this late date, when so much is known about the complicity of the Catholic Church and Allied intelligence agencies in the flight of the Nazis, Goni’s material still has the power to shock. The paperback edition of The Real Odessa includes a revised introduction and conclusion, with a new afterword containing material that Uki Goni has recently researched and which focuses on Vatican complicity in providing sanctuary for war criminals. 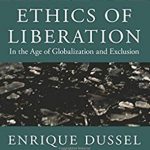 Available in English for the first time, this much-anticipated translation of Enrique Dussel’s Ethics of Liberation marks a milestone in ethical discourse. Dussel is one of the world’s foremost philosophers. This treatise, originally published in 1998, is his masterwork and a cornerstone of the philosophy of liberation, which he helped to found and develop. Throughout his career, Dussel has sought to open a space for articulating new possibilities for humanity out of, and in light of, the suffering, dignity, and creative drive of those who have been excluded from Western Modernity and neoliberal rationalism. Grounded in engagement with the oppressed, his thinking has figured prominently in philosophy, political theory, and liberation movements around the world. In Ethics of Liberation, Dussel provides a comprehensive world history of ethics, demonstrating that our most fundamental moral and ethical traditions did not emerge in ancient Greece and develop through modern European and North American thought. The obscured and ignored origins of Modernity lie outside the Western tradition. Ethics of Liberation is a monumental rethinking of the history, origins, and aims of ethics. It is a critical reorientation of ethical theory. 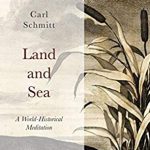 Originally published in 1942, at the height of the Second World War, Land and Sea: A World-Historical Meditation recounts Carl Schmitt’s view of world history “as a history of the battles of sea powers against land powers and of land powers against sea powers.” Schmitt here unfolds his view of world history from the Peloponnesian War to European colonial expansion to the birth pangs of capitalism, while polemically setting Nazi Germany as a continental land power against Britain and the United States as its maritime enemies. In Land and Sea, Schmitt offers his interpretations of the rise of Venice, piracy, “corsair capitalism,” the spatial revolution of European colonial expansion, the rise of the British empire, and his readings of thinkers as diverse as Seneca, Shakespeare, Herman Melville, and Benjamin Disraeli.
BUY NOW! 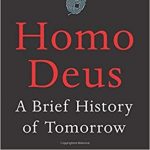 Yuval Noah Harari, author of the critically-acclaimed New York Times bestseller and international phenomenon Sapiens, returns with an equally original, compelling, and provocative book, turning his focus toward humanity’s future, and our quest to upgrade humans into gods.
BUY NOW! 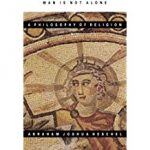 God in Search of Man

This is the second masterpiece of Heschel, where he offers his unique understanding of Judaism. A Copernican revolution in Jewish thought.
BUY NOW! 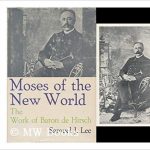 Moses of the New World

This book analyzes the life and work of Baron Maurice de Hirsch, famously known as “Turkenhirsch” because he convinced the Sultan of the Ottoman Empire to allow him to build what came to be known as the Orient Express, the train that joined Istanbul with Vienna and Vienna with Paris. Baron de Hirsch founded the Jewish Colonization Association to help Eastern European Jews escape the pogroms and come to Argentina, where they received lands to work and became farmers. These were the famous “Jewish Gauchos” of the Argentine Pampas. 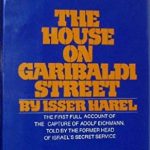 The House on Garibaldi Street

Man Is Not Alone

This is Heschel´s first theological masterpiece and opus magnum, which deals with the philosophy of religion in general. It´s followed by God in Search of Man, which is specifically a theology of Judaism. 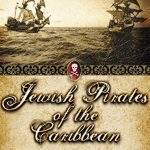 Jewish Pirates of the Carebbean

At the end of the fifteenth century, the Spanish Inquisition forced many Jews to flee the country. The most adventurous among them took to the high seas as freewheeling outlaws. In ships bearing names such as Prophet Samuel, Queen Esther, and Shield of Abraham, they attacked and plundered the Spanish fleet while forming alliances with other European powers to ensure the safety of Jews living in hiding. Jewish Pirates of the Caribbean is the entertaining saga of a hidden chapter in Jewish history, and of the cruelty, terror and greed that flourished during the Age of Discovery. Among the many daring figures to feature in the book are: ‘ the Great Jewish Pirate’ Sinan, Barbarossa’ s second-in-command; Rabbi Samuel Palache and his brother, Joseph, who went from commanding pirate ships to founding the first openly Jewish community in the New World; and Abraham Cohen Henriques, and arms dealer who used his cunning and economic muscle to find safe havens for other Jews. Filled with high-seas adventures including encounters with Captain Morgan and other legendary pirates – and detailed portraits of cities stacked high with plunder, such as Port Royal, Jamaica, Jewish Pirates of the Caribbean captures a gritty and glorious era of history from an unusual and eye opening perspective. Edward Kritzler is a historian and a former reporter for USA Today. He lives in Kingston, Jamaica.
BUY NOW!